YOU ARE HERE:Home » From the Founders » When having purpose is not enough: a cautionary tale about leadership in mission driven organizations
From the FoundersHot Topics

When having purpose is not enough: a cautionary tale about leadership in mission driven organizations 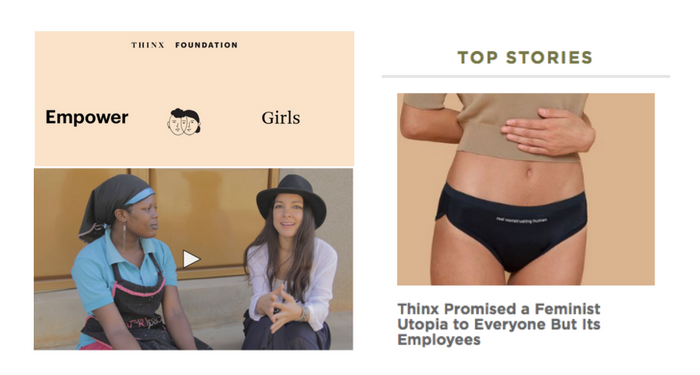 I’ve started listening to podcasts at the gym- recently alternating from Tim Ferris, Fresh Air and Freakonomics. Yesterday I decided to listen to the Freakonomics program because they were featuring a conversation with Miki Agrawal- CEO of Thinx– a social purpose company.

I was so inspired by her interview. She shared her story behind the mission driven period proof underwear company with sincerity and humour. You could tell she was dynamic, smart and not afraid to speak her mind- on a mission to break communication barriers regarding ‘taboo’ issues like menstruation.

I came back from the gym and told my husband about her and their company and we planned to chat more about it later that night as he was rushing out to work.

It wasn’t the first time I heard about Thinx- but it was the first time I heard their leader tell her story. I recently created a twitter list of Impact Thought Leaders and Purpose Brands to keep track of and excitedly added her and the company to both. I knew Thinx supported Afripads, a social enterprise founded by two McGill alums (my alma mater) among others and created their own foundation for girls- sharing the message below.

“After years of helping women & girls around the world through our ~buy 1, fund 1~ model, team THINX has combined our passions for women’s education, community, and health into a new giveback effort that we are proud to call the THINX Foundation. Our first initiative are the THINX Global Girls Clubs (GGC)!

Their mission: We’re providing girls worldwide with safe spaces to learn about their bodies, enhance their financial literacy and explore their entrepreneurial potential, while changing the global narrative around menstruation.”

They ticked the boxes of being an authentic purpose driven company; a poster child for mission driven brands- creating a product that blended purpose and profit. But then before I could gush about Thinx again I came across this scathing Racked article titled: “Thinx Promised a Feminist Utopia to Everyone But Its Employees”

“From inadequate maternity leave to hostility to salary negotiations, Thinx employees saw a gap between the company’s message and their reality.”

The article went on to say…

“But behind the scenes, many current and former employees paint a picture of dysfunction and hypocrisy, with clashes between Agrawal and key members of her team, employment policies that seem to fly in the face of the company’s women-first messaging, and an increasingly volatile work environment that’s led many of those who were instrumental in creating the brand to tender their resignations.”..

My intention with writing this isn’t to comment on the validity of the allegations, rather it is to highlight two important elements related to the integration of Purpose and business: your people and your leader.

Purpose is more than a promise. It needs to be about you and your people.

Purpose is getting popular these days- and for good reason. From increased profits to attracting and retaining talent, evidence supports the benefits of having purpose.

Even Facebook’s recent announcement about building a global community was thought by this Harvard Professor to be Zuckerberg’s attempt to create higher purpose.

Purpose matters. But- there’s a big BUT (and I cannot lie). Purpose only makes a difference if your people believe it to be true.

And in this case- Thinx employees could see the external purpose and were motivated by that- but the disconnect between the company’s external actions and its internal behaviour was too much. They didn’t feel it. Many allegedly stopped believing it.

Recent research shows that for corporate purpose to make a difference on financial performance it needs to be implemented from the top in a way that provides clear direction and middle management buy in.

This example with Thinx, among others recent notable founder led issues (both positive and negative- Howard Schultz/Starbucks to Travis Kalanick/Uber), shows how much of an organization’s brand values are influenced and impacted by the founder’s personal values and actions.

But it’s not just founders. Non-founding leaders have embraced Purpose successfully including Paul Polman/Unilever and Denise Morrison/Campbell’s they have created management practices that align with and are consistent with their purpose.

Purpose is about being an organization that not only stands for something more than profit, but also acts accordingly. It’s about meaning what you say and saying what you mean — both internally and externally. It’s not enough to do good work for others if your internal practices don’t match.

It’s not enough to do good work for others if your internal practices don’t match.

At the end of the day- a company doesn’t exist without its people. And it won’t survive without good leadership. These two imperatives are critical components to Purpose.

What can you do about it?

If you are a leader of an organization are you in touch with the true sentiments of your people? Do you even know what your employees think? Further, do you espouse the values you preach? Just because your mission is purpose oriented doesn’t mean your internal culture is (nonprofits I’m talking to you too!).

And if you are an organization embarking on becoming more Purpose oriented, let this be a good example that you need to include your employees as a pillar of your efforts. Always. And to look for purpose oriented employees.

So I’d love your thoughts. Do you agree that having a purpose is not enough if your organization doesn’t treat practice what it preaches? What do you (or your company) do to “do good” from the inside out (not just the outside in).

note: According to this article Miki has reportedly stepped down as CEO  and updated after the original publishing of this article a new blog post from Miki on this issue here 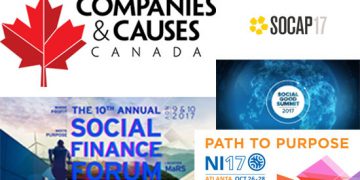 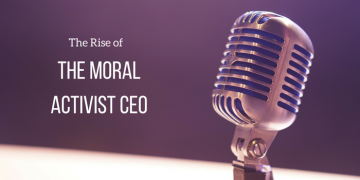