YOU ARE HERE:Home » Hot Topics » The rise of the moral activist CEO
Hot TopicsResources 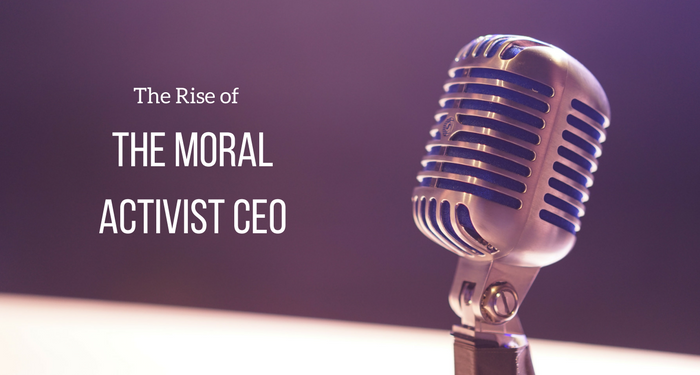 Overheard on the internet.

“As C.E.O. of Merck and as a matter of personal conscience, I feel a responsibility to take a stand against intolerance and extremism,”- Merck CEO resigning from Trump’s Manufacturing Council.

Moral activism amongst CEOs is on the rise- blending personal ideals with business practices.

But this is only because of Charlottesville, right?

Last week 43 CEOs of corporate America revolted against President Trump as a result of his comments (or lack thereof) regarding white supremacists. The events in Charlottesville has surfaced CEO moral activism more prominently, but it’s been a trend brewing for a few years on a number of issues- from equal rights to immigration.

But moral leadership isn’t just for corporate america- nonprofits are taking a stand.

Leaders who founded nonprofits are by definition moral activists and take stands on their organization’s issue. With Charlottesville for example, even nonprofits not fighting hate as their mission have taken a stand. Charities have pulled their fundraising events from Trump’s property- boycotting with their dollars.

Why is this important?

For many years taking a stand, was a faux pas and organizations only did so when backed into a corner. In the 1970s, Milton Friedman famously said “the social responsibility of business is to increase its profits”. The rise of CSR, purpose driven marketing and CEO moral activism has certainly challenged that assertion. Or rather, perhaps it’s still a valid assertion but what’s changed is that in 2017 in order to increase profits, one has to take a stand. As this Harvard Business School historian says “to keep silent is to jeopardize the reputation of the company.”

“Should CEOs take a stand? The rise of the moral activist CEO”.

As a leader, manager, & impact pro, what does this mean for me?

Now, more than ever there’s an expectation from leadership to take a stand as Millennials (in particular) care about your words and actions. Recent research shows 47% of Millennials believe CEOs have a responsibility to speak up, 44% say they would be more loyal to their organization and 51% would be more likely to buy from a company whose CEO spoke out on an issue they agree with (up 11% from last year). But actions speak louder than words (actually they work well together). Take Apple’s CEO recent email to employees and donations to Anti-Defamation League and Arnold Schwarzenegger’s video and $100,000 donation to the Simon Wiesenthal Centre as two small examples. These leaders don’t just say, they back it up with action.

But CEO moral activism is not without risk.

Diversity in society and the workplace means as a CEO you may have a view that others don’t agree with.There’s a risk that you could alienate your employees or consumers by sharing a view they disagree with. So, we believe it’s important to do it for the “right reasons” (all you Bachelor franchise fans will appreciate). If you’re a leader taking on an issue just to make money for your company or be in vogue, be cautious as people can see through that and hypocrisy can backfire.

It’s interesting to think about how much of an organization’s purpose brand value is influenced by a founder’s or CEO’s personal values. It will also be interesting to see how brands evolve their purpose positioning as leaders change. For now, opportunities are present for charities to act on this trend and find and enhance partnerships with companies with shared values. There’s also a need for leaders to get clear on the issues that matter to them personally and their company and identify when/if to take a stand. Then be authentic and consistent in actions and in words.

We’d love to know- what do you think of the rise of the moral activist CEO trend?

“Should CEOs take a stand? The rise of the moral activist CEO”.

MaRS leaders on empowering employees and the secrets to success 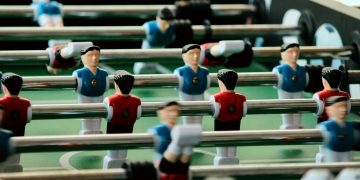