How to survive in an open concept office 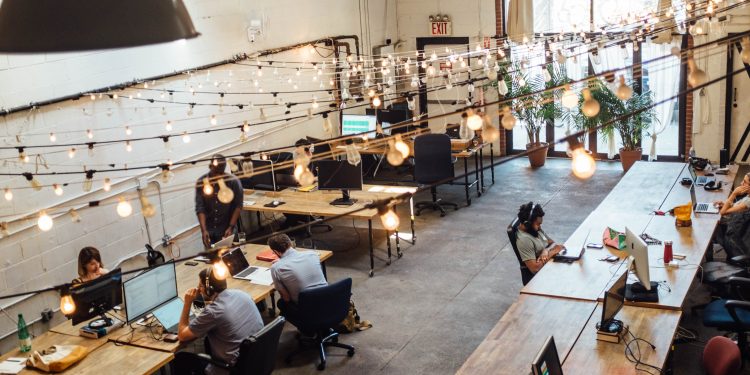 While recognizing that most small businesses, nonprofits and charities are restricted by funds to working with their existing physical office spaces, we wanted to look at the challenges faced by employees in different types of office design, and to learn how people can thrive within them.

At their worst, open concept offices are likened to factory farms with interchangeable employees being squeezed into a small space to save cost. And yet, the open office has its roots in the early 20th century when architects such as Frank Lloyd Wright saw partitions and walls as a “fascist, totalitarian trend” that the space and flexibility of open plans would free employees to have better work experiences. In 1968, the designer Robert Probst created the first cubicle, a 1.5 metre-high partition that was intended to allow the best of both worlds, both privacy and collaboration.

For Jill, whose large non-profit employer recently moved to an open concept plan, this has not proven to be the case. “Any privacy I thought I had was gone.” Jill’s office was designed by an outside firm with consultation only with the executive team. It now includes partitions that are only four feet high, which means that “everyone is peering over everyone’s shoulders and you always feel like you are out in the open.”

Jill, who works in development, was recently leaving a message with a donor when laughing and loud conversation broke out in the office. “I felt like it sounded like I was calling from a call centre. It isn’t conducive to good work. And even if people are using their most inside voice on the telephone, everyone in the office can hear them.” The only solution for employees wanting to have a private conversation is to go out into the hallway.

But employees are finding ways to create their own privacy, with staff moving the shelving intended to hang coats into the opening of their cubicles, to function as a de facto door. But beyond personal preferences, this has also become a productivity issue, with frequent interruptions, noise and insufficient space making work challenging and stressful. Jill has observed colleagues becoming sick more frequently with lowered partitions allowing the easy passing back and forth of germs. It is also a retention issue, with staff leaving or wanting to leave. And certainly research shows that the open concept office has not been the utopian arrangement it was hoped to be, especially as the type of work being done in offices is increasingly work which requires the concentrated focus that the open office does not always provide— Julian Treasure, sound consultant and author of the book Sound Business, suggests employees are one-third as productive in open-plan office designs as in quiet rooms

Recent studies also suggest that open concept offices can contribute to sexism, with women both being and feeling observed at all times. At the same time, despite countless articles declaring the death of the open office experiment, it still shows some value, and can be done well.

While people may perceive an open concept office to lower their productivity, one study showed that “ working interactively can at times be maddening compared to solitary work but still can collectively produce more and better outputs, sometimes to the surprise of the individuals involved.” It also found that “people in relatively open environments tended to have dramatically better interaction patterns than those in relatively enclosed workplaces–like response times that were twice as fast–while those in relatively enclosed environments had only modestly fewer distractions.” Kate Haire, program manager at WE’s national office, was part of a move to bring all employees under the same roof, in an open concept office.  She says, “There was some resistance at first because we were used to working in small spaces with our own teams, but this move has been beneficial for us as an entire organization and has made us more effective at our jobs.”

WE incorporated a number of strategies into doing this move well.

Tim Nash, Founder of Good Investing, and his journey to impact 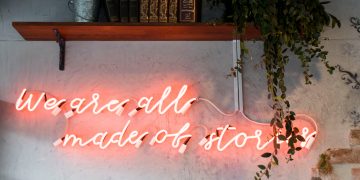