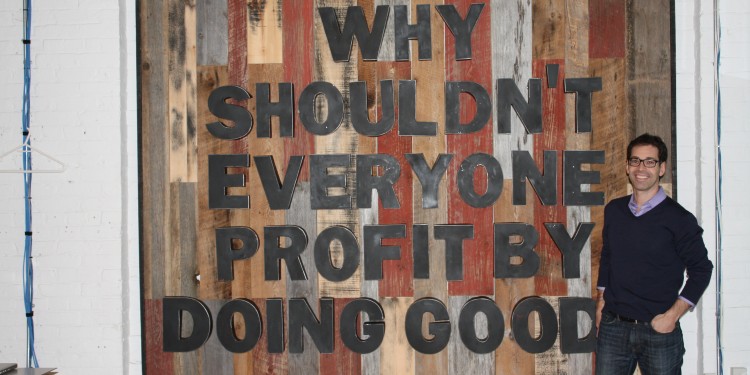 We’ve never walked away so inspired than after meeting Phillip. On a mission to redefine giving, Phillip and his team are disrupting what it means to do charity and business. Phillip is not only a visionary but a fun leader that encapsulates a play hard – work hard mentality. Phillip’s philosophy is all about profit and purpose, and we can’t stress enough how Toronto (and beyond) is profiting from his way of thinking.

Why did you decide to start Public?
I started Public with my business partner Paul to answer the question ‘why shouldn’t everyone profit by doing good’? We both felt the whole charity/philanthropic model had to be disrupted. The problem we saw was that the total annual giving in the US is only around $400B, which sounds like a lot but for perspective is only two thirds of Walmart’s revenue for a year. So if we are really interested in trying to solve some of the big problems that exist in communities on a local to international level, we have to scale doing good beyond the current charity model and move business towards profit and purpose.

Can you describe your career path?
Academically, I did an undergrad in political science and a Masters in international relations. Before I did my Masters I worked in parliament as a parliamentary intern and a legislative assistant. I got to travel, which was a lot of fun. I also worked at an umbrella NGO called the Canadian Council for International Co-operation. Then I moved to Toronto with my wife and landed at a social issues/advertising firm called Manifest Communications. I started as a Strategist and did that for 3 years and then was asked to run the company and did that for the next 4 years. That’s when I had my aha! moment to create Public.

Of your many accomplishments with Public what are you most proud of?
That we are still standing after five years and we’ve been growing every year. We started in 2008 and closed our financing two weeks after Lehman Brothers collapsed; no easy task.

I’m also really proud of the team. We have an eclectic mix in terms of professional backgrounds, but one thing they all share in common is that they are all here because they believe in our mission. We do really good work, I don’t feel like we’ve proven anything yet but we’ve done well and have had some pretty good results.

What’s a typical day like for you?
I don’t think there’s a typical day. It’s running around from meeting to meeting, it’s business development, it’s working with the team on strategies and creative development, it’s planning and plotting the future of the business and anything there in between. On the days I don’t take my kids to school the days start early and end late. There’s no typical day, but they are fun and work should be fun (in the office we often say doing good should be fun). I love the diversity, if I did the same thing every day I’d go crazy.

What is the culture like at Public?
It’s fun! It’s definitely pretty real. There’s some potty mouth here, which is intentional because it’s a “real culture”, open and honest culture.

What do you look for when you hire?
I look for a number of things, first and foremost, people who are really excited by the prospect of merging profit and purpose. That’s really important because if that doesn’t excite you than how can you work happily here? We also look for people who:

1. Are comfortable with a work environment where everything is not clearly laid out. We have processes here, don’t get me wrong, but not everything is laid out A-Z and if you need that, this place probably won’t work for you.

2. Are really curious. Curiosity is really important because we are in the business of solving problems. Strong analytics and creativity go hand in hand. I don’t buy the line that you are either strategic or creative; we want people who understand that you can be both.

3. Want to behave like adults. What I mean by that is we don’t have a high tolerance for insincerity and we really want people to be direct and honest in a professional manner. We don’t care about hierarchy and where you sit in the company, if you’re in the room you should be talking because you want to contribute.

The Top 10 Social Impact Conferences to Attend This Year 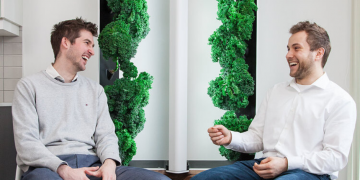