As the exclusive Nonprofit Community Partners of Facebook Canada, our family of career sites is excited to be part of their announcement that makes it easier for Canadian nonprofits to fundraise and make it easier for you to make a difference.

With National Philanthropy Day (November 15), Giving Tuesday (November 27) and the holiday season just around the corner, giving back is top of mind for many Canadians and nonprofits.

Facebook Canada has just announced how they are making it easier for nonprofits to raise funds and reach more donors with the launch of new digital donating tools in Canada. These tools provide new ways for nonprofits to fundraise directly from donors and raise awareness for their cause.  Nonprofits, verified Pages and Facebook users can now raise money directly from a post or Facebook Live event.

Facebook does not charge fees on donations made to nonprofits via the platform so 100% of the dollars raised go to the nonprofit. Additionally, individual supporters and verified Pages (including nonprofits and public figures) in Canada can create fundraisers for charities on Facebook and add donate buttons to their posts and Facebook Live videos. Those watching the live broadcast can donate as they watch, or give once the broadcast has ended and is posted on the page.

Facebook is also adding thousands of Canadian charities for the first time, providing individuals with the opportunity to support their favourite causes directly through Facebook Fundraisers. To date, Facebook has reached a major giving milestone – $1 billion raised globally through Facebook.

With Facebook’s newest digital tools, nonprofits and changemakers can really engage Canadians in the spirit of giving for the holiday season and throughout the year!

Get into the spirit of giving and check out our Facebook live recording of the announcement. Learn how to use the digital tools from Facebook’s to donate to your favourite causes and amplify your social impact! 1. Donate button – a quick and easy way to raise money for thousands of Canadian nonprofits on Facebook

General: Donate buttons provide a quick way to raise money for a nonprofit. People can donate in just a few taps without leaving Facebook.

Donate button on posts: People can add a donate button to their posts to quickly collect donations for causes from a Profile or a Page. The donate button can be attached to any post including video, photo or text.

2. Nonprofit Fundraisers – people and verified Pages including nonprofits and public figures can set up a fundraiser to raise money for a nonprofit. Fundraisers allow people to set up a dedicated page to tell others about a cause and rally around a fundraising goal.

When you add a donate button to your posts or Facebook Live videos, you’re able to promote one-off asks for charities without having to commit to a fundraising goal or timeline.

Facebook Canada to announce new tools for the Nonprofit Community

Cristine Sousa holds her Master's of International Management with a major in Social Enterprises through the CEMS Global Alliance in Management Education (Ivey School of Management Western University, Nova SBE Portugal, and Erasmus University Rotterdam). She currently leads Bmeaningful's Marketing and Communications and enjoys engaging with the social impact community! When she's not focusing on Bmeaningful, Cristine is teaching dance and barre classes, volunteering her expertise as the President of New Generation Consulting (a Probono global consulting group), learning about new cultures while travelling the world, or being creative on the keys playing the piano! Feel free to connect with her. 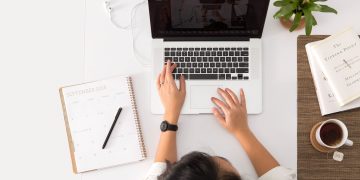