YOU ARE HERE:Home » Hot Topics » Celebrating Canada Day. How are you getting ready to be meaningful for Canada’s biggest birthday bash?
Hot Topics

Celebrating Canada Day. How are you getting ready to be meaningful for Canada’s biggest birthday bash?

This Friday, on July 1st, Canada will turn 149. It was in 1867 that Canada became a country, which started with four founding provinces: New Brunswick, Nova Scotia, Ontario and Quebec. Over the next 132 years the remaining 9 provinces would join the nation. Next year, in 2017, Canada will be 150, and will mark its sesquicentennial (there’s a mouthful). To get ready for Canada’s biggest birthday party ever, the Canadian government has launched a number of funding options in support of community events to mark the occasion.

“Canada’s 150th anniversary of Confederation in 2017 is an historic moment with the power to bring people and places together as we dream big about our communities and our country. It’s a chance to encourage all Canadians to contribute to their communities in a way that will foster a greater sense of belonging, support meaningful reconciliation and leave a lasting legacy now and for future generations.”

One of the government’s initiatives is the Community Fund that “will provide communities with thousands of small grants to support local projects, distributed by participating community foundations from coast to coast to coast” and “will activate a breathtaking array of initiatives and activities that will bring out the best Canada has to offer”.

Another initiative is The Canada 150 Fund. The goal of the Canada 150 Fund is to create opportunities for Canadians to participate in local, regional, and national celebrations that contribute to building a sense of pride and attachment to Canada. Applications are still being accepted for projects requesting funding under $50,000 and eligible recipients include:

What a great opportunity for Canadians to show we are meaningful and inspired people. What are your Canada 150 plans?

The most important work meeting? A high level meeting with yourself 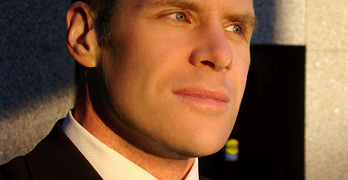