Back to job board 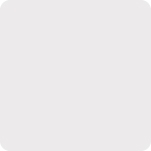 This job is from CharityVillage

Birds Canada is seeking a visionary leader who can provide overall strategic and operational leadership for the organization and realize expansion opportunities to make a significant impact in applied conservation for birds.  The President will provide advice to the Board and direct the staff in all aspects of the organization’s work.

As the leading Canadian expert in bird science, Birds Canada is poised to play a pivotal role in the road to recovery for bird species and populations both in Canada and more broadly in the Americas.

The President serves as an advocate and effective spokesperson for Birds Canada through a wide range of media and in a wide range of fora, at national and international levels.

A competitive compensation package including base salary and benefits will be provided.

Please submit your application by end of day January 18th, 2021, by emailing your cover letter and résumé to: BirdsCanada@searchlightpartnersgroup.com

Birds Canada is an equal-opportunity employer and committed to fair and accessible employment practices. We strongly support and value diversity in the workplace. Applications from all qualified candidates are welcome, and individuals from equity-seeking groups are encouraged to apply.

We thank applicants for their interest, however; only those advancing in the process will be contacted.

The latest jobs, news and insider information delivered to your inbox.